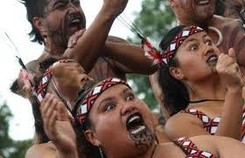 My interest in world musics began as I entered my second year of public school teaching.  I was in a school district that was located 25 miles south of Seattle, WA.  This district was a mixture of students with some coming from Boeing machinists to others who were trying to escape city life for the suburbs. The school I taught in house the entire school districts special needs population and 27 languages were spoken in the 800 students building. This was about as divers an environment as I had even seen. I quickly learned that my students had as much to teach me about music as I had to tech them and my classroom quickly became a showcase of the musics and cultures from which my students had come.

My interest deepened when I attended the University of Washington for my Masters and eventual Ph.D. in Music Education. Working with faculty in ethnomusicology I was able to learn skills hat helped me to get out into the field and study a variety of musics.  My area of main interest is with the Maori of New Zealand.  Below you will find materials related to my previous research and teaching in world musics.

Intro to Multicultural Musics and Soundscape

Below is a PowerPoint presentation that I frequently use with undergraduate music education majors as we begin to talk about world music and culture.