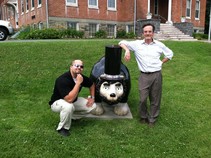 The musical play study was sponsored research through the Penn State Teaching and Learning with Technology (TLT) Faculty Fellows program, with whom I served as a Fellow during the 2009-2011 school years.  Media content about this study can be found below, including links to sample videos of the majority of the games used in this study.

The 2008 study "Imagined and Virtual Musical Communities" resulted in a mini-movie that can be accessed here.﻿

I am honored to have be selected as the 2013 Invited Researcher for the Pennsylvania Music Educators Association state conference this year!  I was invited to speak based on my research agenda over time and my research in technology specifically.  My presentation this year will focus on games in education. I will be presenting a session entitled How Games Can Save Music Education...and the World.  Drawing upon the work of Jane Mcgonigal and Jim Gee I will demonstarte how a games based paradime of learning can reinvigorate music education in this country and lead to life-long learning traits that will take students beyond the music classroom into solving real world issues.

Below is a draft PowerPoint of the presentation I am working on.  My hope is to spark a serious interest in (serious) games and to, with much luck, debute a new game I have been working on.

Samples of many the video games I have used in my research studies can be found by clicking the following links (underlined).  All videos are avaliable on my YouTube channel (aeasgirl1). 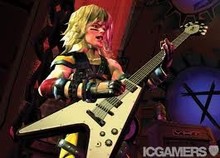 Below is a sample PowerPoint presentation featuring my earlier studies on the Game Guitar Hero.

iEnsemble story from the Penn State newspaper, the Daily Collegian