In this section of my blog is dedicated to Hot Topics!  Feel free to leave your own comments on the Guestbook.

The Analog and the Digital - Chris Staley

A colleague of mine, Chris Staley in the School of Visual Arts, has produced a short series of videos as part of his role as a Penn State laureate. The following video entitled "The Analog and The Digital" is an interesting artist's perspective on technology. I’m not sure that he actually comes to some kind of conclusion on the topic, but he does raise some interesting questions. 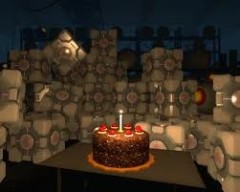 Dr. Dre made $110 million in 2012 thanks to his headphone line, raping, producing, and the occational concert. Needless to say he is unique among musicians, and so is his Salary﻿.

This is a very interesting article detailing the Berklee report, which surveyed 5,371 musicians about everything from how much they made annual, which isn’t a bad average figure, until you see that many of them are working 3 or more jobs at a time, to how they go about making a money, from playing Top 40 songs for rich people to working in Music Therapy.

One of the emerging fields that is paying off, is video game audio, which is among the fastest-growing areas of employment for musicians. Though salaries start low—$18,000 for an assistant engineer who creates rough mixes in the studio—they can rise quickly. Audio directors often earn up to $140,000 per year for overseeing video game projects, while audio tool developers can pull in as much as $150,000 for writing code.

I just got my copy of this new text by James Gee and am so excited to be reading it.

Today’s schools are eager to use the latest technology in the classroom, but rather than improving learning, the new e-media can just as easily narrow students’ horizons. Education innovator James Paul Gee first documented the educational benefits of gaming a decade ago in his classic What Video Games Have to Teach Us About Learning and Literacy. Now, with digital and social media at the center of modern life, he issues an important warning that groundbreaking new technologies, far from revolutionizing schooling, can stymy the next generation’s ability to resolve deep global challenges.  The solution—and perhaps our children’s future—lies in what Gee calls synchronized intelligence, a way of organizing people and their digital tools to solve problems, produce knowledge, and allow people to count and contribute.  Gee explores important strategies and tools for today’s parents, educators, and policy makers, including virtual worlds, artificial tutors, and ways to create collective intelligence where everyday people can solve hard problems. By harnessing the power of human creativity with interactional and technological sophistication we can finally overcome the limitations of today’s failing educational system and solve problems in our high-risk global world. This is a powerful and important call to reshape digital learning, engage children in a meaningful educational experience, and bridge inequality.﻿

** UPDATE (2/4/2012) Buy this book now!  Dr. Gee really lets loose and let's us know what he really thinks.  A very interesting text with many quotation worthy nuggets.  This is the best read on education I have come across in some time.